Stuck in the middle with you: Peri-urban areas and the food system

Peri-urban areas are an inherently difficult concept to define: they are neither totally rural, nor are they fully urban. They are associated with sprawl and with suburban development. While definitions and theories vary, most agree that peri-urban areas are dynamic transition zones between the city and countryside, display diverse land uses and uneven development, and operate under many different jurisdictions. Indeed, scholars and researchers have recognized that the urban-rural binary is not helpful and that peri-urban areas are part of a continuous spectrum from urban core to rural periphery. Using these characteristics as a starting point, we worked to outline these understudied areas as part of a USDA–funded project in order to increase the understanding of what role peri-urban areas play in the food system.

Let’s start with peri-urban areas surrounding Baltimore as an example: First, we identified the characteristics we wanted to map. Using the existing literature, we identified zoning, commuting, and population density as three key indicators for peri-urban areas. Zoning helps to identify local designations of land use – e.g, rural, residential, agricultural, et cetera. Commuting patterns show the flow of people as they move from home to work and back. Population density tells us just how densely the land is being settled. Looking at all three together helps us begin to shed light on these unmanaged and unplanned areas. 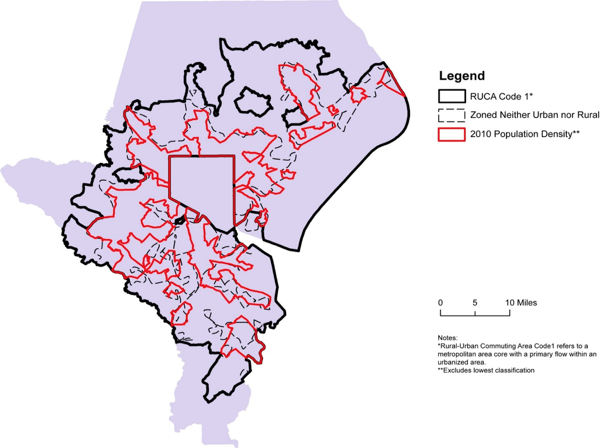 Next, we searched for publically available datasets of these three characteristics. For the four counties surrounding Baltimore (Anne Arundel, Howard, Harford, and Baltimore counties), we collected zoning data from each county’s website and mapped all the rural residential and agricultural areas. We then pulled and mapped commuting data from the USDA and population density figures from the US Census. Together, the outlines of the three overlapping datasets appear as at right. In order to make sense of this cartographic bowl of spaghetti we separated the overlapping areas into five zones based on how many outlines overlapped.

The map below shows these five zones with the peri-urban areas broken down into three zones: 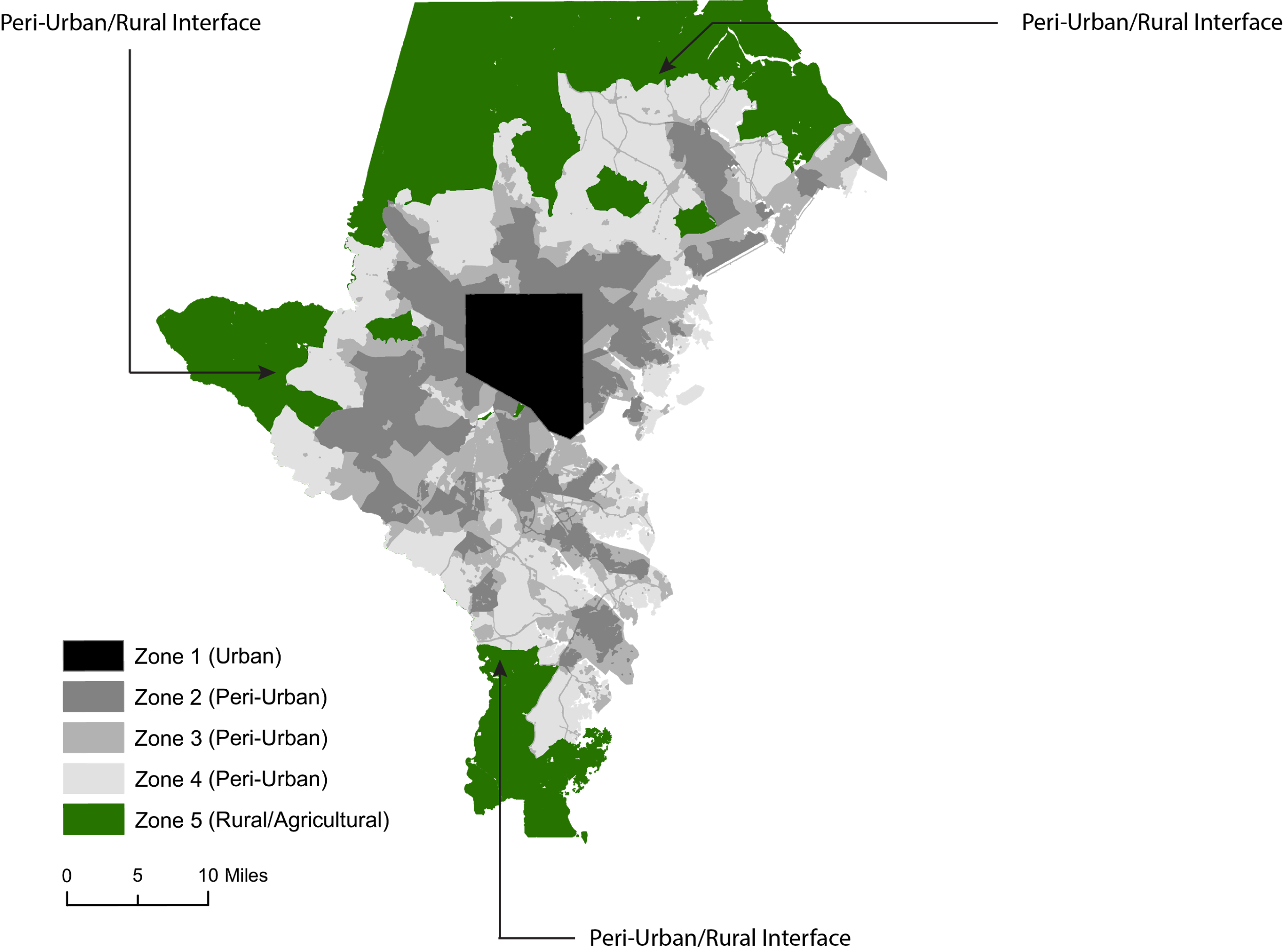 Once we outlined the peri-urban zones, we began to analyze the distribution of various parts of the food system within the greater Baltimore area. To do this we used the North American Industry Classification System (NAICS) codes for all businesses related to agricultural production (e.g. fruit and vegetable farming, cattle ranching), processing, wholesale, retail, and storage of agricultural goods. The map below gives you a sense of the spatial distribution of these businesses across the area of study, while the pie charts that follow provide a detailed breakdown of the distribution of these five categories of agricultural businesses within each zone.