In recent decades, the production of meat, dairy and eggs is characterized by ever-increasing scale and concentration; production methods that involve heavy use of pharmaceutical compounds and inexpensive labor; and control in the hands of a small number of companies. These methods of production are well-established and entrenched in many high-income countries, and over time are becoming more prevalent in lower- and middle-income countries (LMICs). There is accumulating scientific evidence that this manner of animal production is unsustainable and poses serious risks to rural communities, consumers and ecosystems.

Through the Industrial Food Animal Production (IFAP) project, the CLF has engaged in work focused on these issues for more than 20 years, spanning this production modality in both domestic and international settings. The purpose of the IFAP project is to characterize and address these issues by:

The IFAP project explores the public health implications of:

Op-Eds and Letters to the Editor

Click here for our database containing all publications, letters and comments. 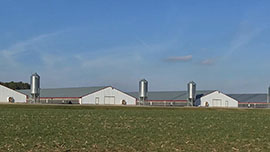 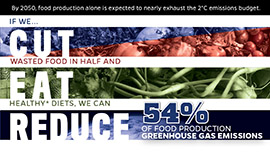 This year, there were a few well-attended civil society talks focused on animal consumption and climate change. 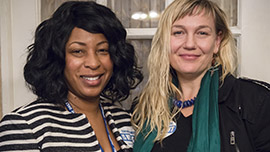 Monica Brooks is concerned about the growth of operations by companies like Tyson, Mountaire Farms and Perdue in Wicomico County, and their placement atop the Paleochannel, which is Salisbury’s main source of water.