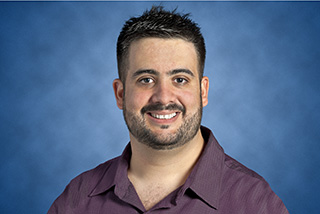 Usama Bilal, MD, MPH, is a fourth year doctoral candidate in the Department of Epidemiology. His overarching research interest is on how macrosocial change affects cardiovascular diseases in populations. Among the consequences of macrosocial change are alterations of the local food environment and the effect that urban planning has in its distribution in urban neighborhoods. More specifically, his thesis research revolves around the idea that neighborhood economic change fundamentally alters the local food environment and diet. These fluctuations in the food environment can be modified by urban planning policies that modulate the effect of economic change. He received his MD degree from the University of Oviedo, in Spain, and his Masters in Public Health from the National School of Public Health/University of Alcala, in Spain. Prior to joining his PhD program he worked as a Research Assistant with former CLF collaborator Manuel Franco, in Madrid, Spain. His advisor is Dr. Thomas A. Glass, Professor in the Department of Epidemiology.