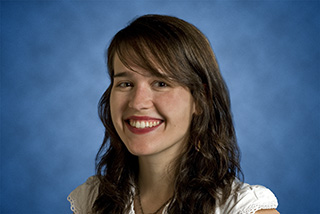 Riina Raudne, MS, originally from Estonia, pursued her studies in the UK, graduating from Durham University with a BA in Sociology in 2004 and from Oxford University with an MS in Comparative Social Policy in 2005. After her studies, Ms. Raudne returned to Estonia and worked for the National Institute for Health Development, leading a UNDP-funded qualitative study on the vulnerabilities of people living with HIV in Estonia and Kaliningrad. In 2006 she founded a social enterprise, Health Estonia Foundation, to offer workplace-based HIV awareness campaigns for employers and to promote private sector involvement in HIV prevention efforts in Estonia. At JHSPH, she continues to explore the role of private sector and social enterprises in disease prevention and health communications. As a CLF fellow, she will be working on evaluating the farm-to-school program in Baltimore City's public school district.