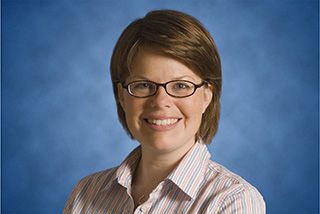 Kristen Gibson is interested in the environmental and public health impacts of industrial animal production through surface and groundwater transport of emerging human and animal pathogens.  Over the past four years she has conducted research within the Johns Hopkins Center for Water and Health and has been involved in projects addressing some of the public health consequences of industrial animal production. As a second year doctoral student and a second year CLF Predoctoral Fellow, she plans to develop new methods to investigate emerging pathogens and their persistence and transport through surface and groundwater sources potentially impacted by industrial animal production. Ms. Gibson earned her BS degree in microbiology and molecular biology from the University of Central Florida. Her doctoral advisor is Kellogg Schwab, PhD, associate professor in the Department of Environmental Health Sciences.