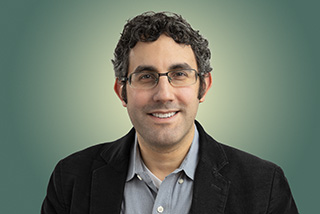 Keeve’s research program focuses on the human health risks posed by drugs used in food animals. His publications include studies of antibiotic use in food animals and the development of antibiotic resistance, the use of arsenicals in poultry production, and environmental health policy and decision-making.

Previously, Keeve was an environmental health scientist and risk assessor with the U.S. Environmental Protection Agency and the U.S. Army Corps of Engineers.

Keeve frequently explains scientific issues in the media. He has appeared on ABC, CNN, CBS Radio, and NPR, and has been published and quoted in publications such as The New York Times, The Washington Post, USA Today, The Guardian, The Baltimore Sun, and The San Francisco Chronicle.

In Search of Baltimore Foragers

The study combines face-to-face interviews and a computer-assisted survey to gather information from urban gardeners, farmers, and foragers.