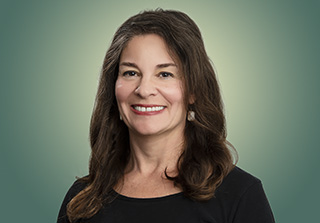 Before joining the Center for a Livable Future in 2011, Christine spent several years as senior writer and associate editor for Johns Hopkins Public Health, the Bloomberg School's magazine. She’s taught writing at universities in Baltimore and New York, and before that she wrote and edited content for print publications and multimedia firms in New York.

At the Center, Christine writes about Center-sponsored research and events, as well as broader food system issues. As editor of the LivableFuture blog, she works with writers and scientists to communicate ideas and opinions relating to “food system thinking.” She also manages some of the Center’s social media.

In addition to working at Center as a science writer and editor, she writes for local magazines and has been published in other channels such as The Utne Reader and The New York Times. Christine helped found the Green School of Baltimore, a public city charter school that focuses on experiential environmental education.

Christine holds a bachelor's degree in English from Columbia College, Columbia University, and a master's degree in Creative Writing (Fiction) from The Johns Hopkins University Writing Seminars. She is a fellow of the Virginia Center for the Creative Arts. At home she grows coneflower for the goldfinches, coral honeysuckle for the hummingbirds, milkweed for the monarchs, and figs for her children. The creatures with wings visit during their respective seasons; the creatures with legs stick around all year.

Wendell Berry Wants Us to Get Small and Stay In