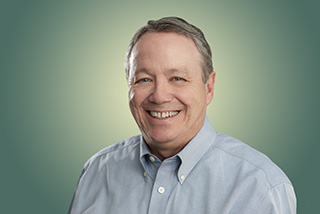 While Bob will tell you modestly that he's not an academic or a scientist, his extensive expertise in public policy and knowledge of agriculture, environmental and health issues ultimately brought him to the Center for a Livable Future in 2011, where he is now the director of the Food System Policy Program. During his years working for members of Congress from the Midwest, Bob gained a knack for strategizing and "bringing the right people together," he says.

Previously, Bob worked on Capitol Hill and in a state legislature, as well as for a family farm advocacy group. He also worked for the Pew Charitable Trusts, where he served as a senior officer at the Pew Environment Group following the dissemination of his work as Executive Director of the Pew Commission on Industrial Farm Animal Production.

Bob worked closely with staff at the Center and other experts from JHSPH on the Commission, which was a joint venture of Pew and JHSPH.  Ultimately, the Commission published 8 technical reports and one seminal report entitled "Putting Meat on the Table: Industrial Farm Animal Production in America."

"Food has become the social issue of our time," he says. "I was lucky enough to participate in an effort to shine a bright spotlight on one aspect of the food system that is in crisis."

Achieving the Triple Aim in Health Care Reform: The Importance of the Food System